The Shaia family’s legacy of making men look their best. 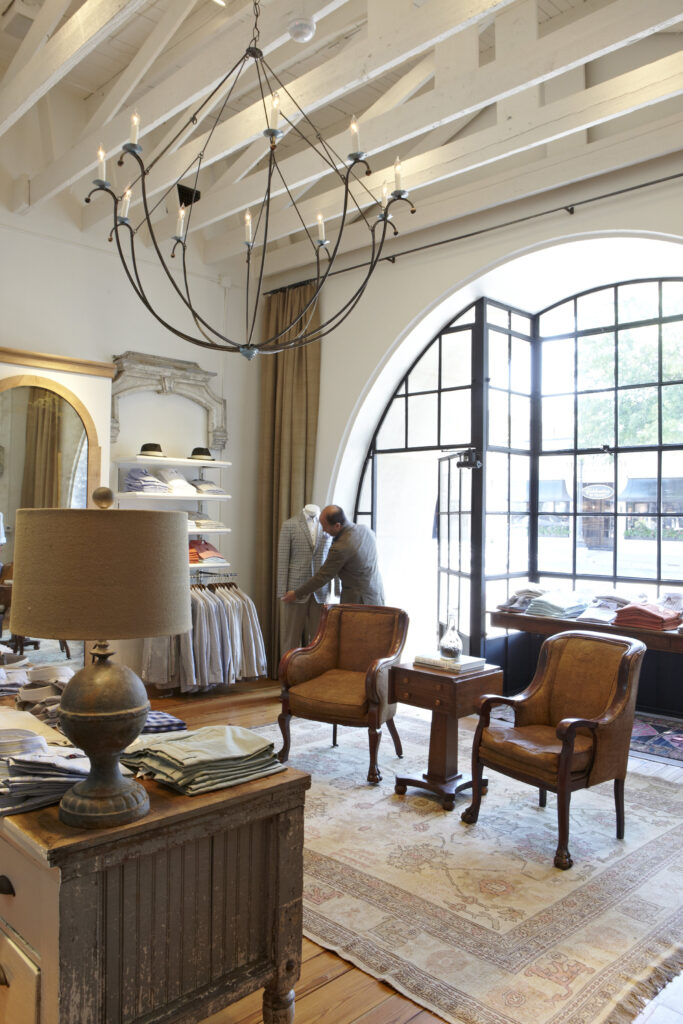 The Shaia’s story is one of tenacity, style, and family. At the age of 16,  ambitious, young S.G. Shaia, an orphan with no formal education, came to America from Lebanon with only $10 in his pocket. He eventually made his way to Nashville, where he married, and in 1905, moved to Birmingham and began peddling household goods door-to-door. In 1921 he bought four lots south of Birmingham in what would eventually become the city of Homewood.

He built a store next door to his home, and established a garden of figs and grapevines on the very lot where the present-day Shaia’s stands. His wife and two sons helped run the store, guiding it through the Great Depression and World War II as a department store. In 1955 Shaia’s moved two doors down to their present location, and a new generation joined the business. They realized that the age of specialization was fast approaching; they had always wanted a men’s store, and this was their opportunity. In July of 1963, they remodeled and reopened as a men’s specialty clothing store.

The rest is history, plus a lot of hard work. They brought the finest menswear to Alabama and added onsite alterations, cementing their reputation for fantastic service. In 1986, Ken Shaia, the fourth generation, joined the business, adding more brands and European designers. In the early 2000s, Esquire magazine deemed them one of the Best Men’s Stores in America, MR magazine named them as one of the 25 Most Exciting Men’s Stores in America, and the Alabama Retail Association gave them their Gold Award.

The business is now in Ken’s very capable hands. The vibe is still personal, down to every detail. In fact, the front door handle was modeled after the grapevines that his great-grandfather grew in his garden in the very spot where the store still thrives 100 years later.

Whether you’re eloping to a mountainside and need an autumnal palette or throwing a Gatsby-esque black-tie bash, Shaia’s has you covered. They have decades of experience dressing men for their big day, so they know how to help you avoid the sartorial pitfalls concomitant with wedding day attire – and they make it fun.

Make an appointment, bring your bride and they’ll pop a bottle of bubbly at the “big round table” and figure out how to turn your dream look into a reality.