Alabama Weddings is the bridge between inspiration and implementation. We connect our readers with the creative community, empower our advertisers for success, and endure an evolving industry so that we may continue to inspire. Our dedication is to beauty, in all its forms.

We tie together all details of wedding planning and marriage preparation with our annual publication, digital platforms,and moments we share together in crafting our content. We are in the hands of the newly engaged, in the handbags of mothers-in-law to-be, and at the fingertips of all those in love with love. May we continue to be the trusted stewards of the Alabama wedding industry and the storytellers of love and authentic engagement throughout our great state. 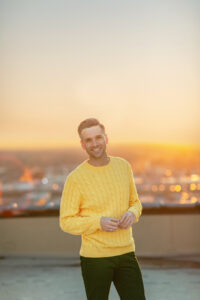 An event planner by trade and a storyteller at heart, Christopher Confero has worked in the wedding industry for more than 15 years. As a theatre kid and entertainer growing up, he found his passion for creating experiences for others that would lend itself to his future. Immediately following graduation from Auburn University, he leveraged his degree in Public Relations to begin building his event design company, Confero. His first step to get his foot in the door was advertising and working with Alabama Weddings to create inspirational photo shoots and lend his graphic design skills to the publication.

Throughout the years, he continued to work with the magazine and other publications across the country, cultivating his perspective on what a wedding magazine could be and offer its community. In 2020, paths aligned for Christopher to purchase the magazine, and become Publisher & Editor-in-Chief, leading to full rebrand of the publication in time for its 20th Anniversary Edition in January 2021. 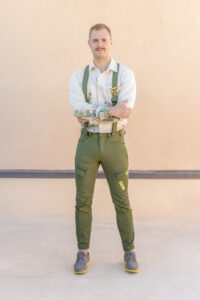 David’s career in the wedding and event industry began after graduating high school in 2008, with a summer job on staff at Classic on Noble in Anniston, Alabama. In 2009, he met Christopher Confero and began learning the ropes of event production while also pursuing his bachelor’s degree in public relations at The University of Alabama. He started his first tenure with Alabama Weddings in 2011, and, upon graduation in 2012, served as art director and editor through the launch of the 15th Anniversary Edition in 2016.

After working in the tech and private event industries in NYC, David is back in the South to lend his eye and sense of wonder to Alabama Weddings as he continues to create for clients near and far. His favorite color palettes can be found in a roll of Smarties or clusters of neon signage. He is a writer at heart, a brand builder by day, and an aficionado of house music by night.